You now have the ability to clone any Launcher. This will help speed things up by creating a new copy of any launcher in one click.

To clone a Launcher simply hit the Launcher menu, and select Clone.

Your new Launcher will appear under Original Launcher Name [CLONE]

The cloned Launcher will copy the following settings from the original to the new Launcher:

All these settings can be edited after the clone under Edit / Launcher Settings.

Note that the following elements will NOT be cloned into the new Launcher.

When you edit a group, you can now get an overview of all the members of each group as well as add new members to the group. 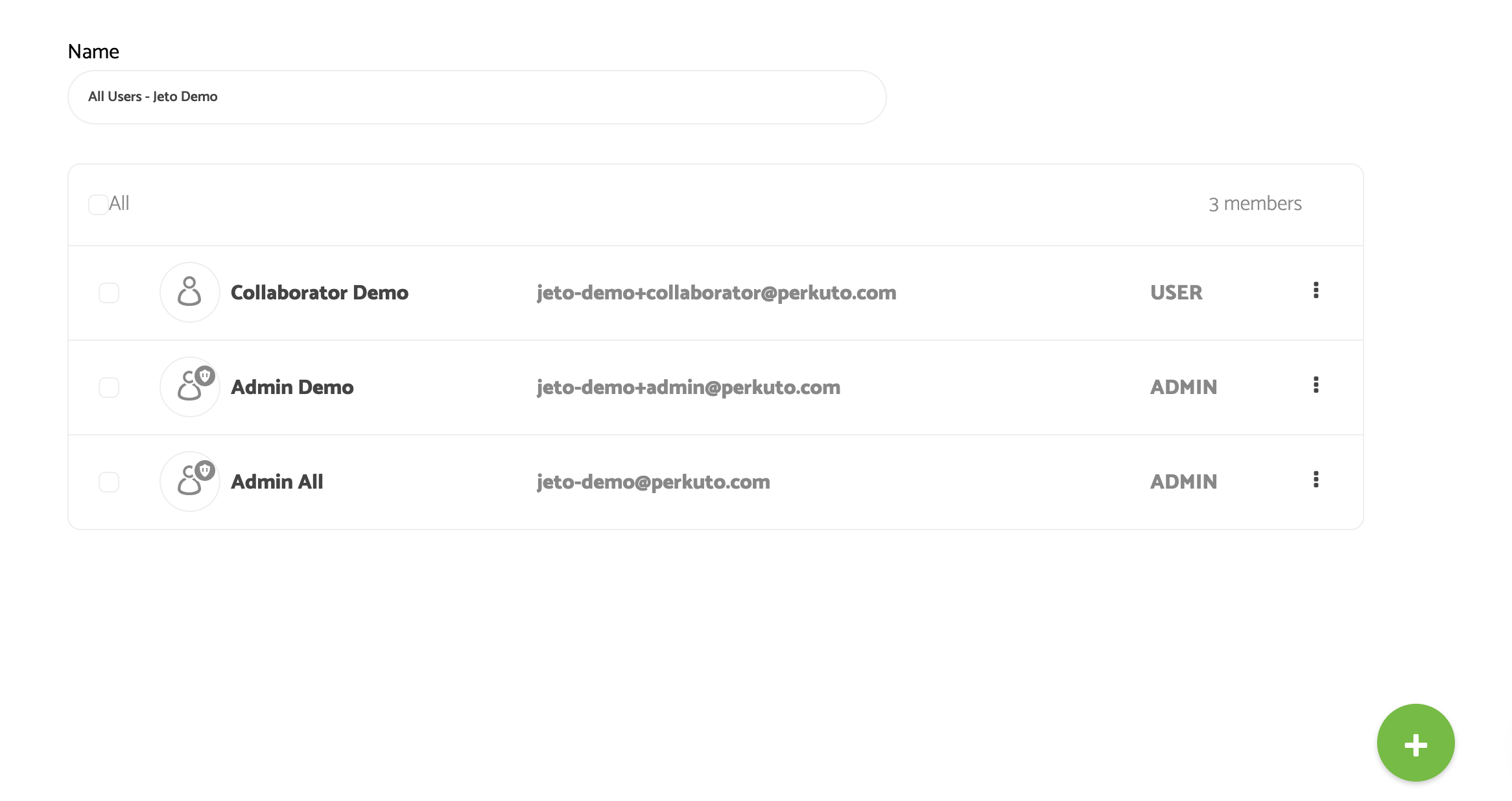 You can also use bulk actions on Users and groups.

Simply select more than one entry using the checkbox and additional options will appear such as:

Upon request, Jeto can be deployed using a single sign on (SS0) authentication method. We work with the Auth0 Identity Platform, which gives us the ability to support multiple Identity Providers (see Auth0 website for supported providers). Confirmation of technical feasibility and additional cost may apply.

Although there was no official release in March, we've been busy fixing some bugs and making "under the hood" improvements to Jeto for more stability and resilience. Among other things: