Written by Catherine Champoux
Updated over a week ago

If you need to create a new campaign that is very similar to a campaign you've created in the past, you can save time by cloning the existing campaign. By clicking on the dots next to the existing campaign, and selecting Clone, Jeto open a form with all of the previous campaign's data. In this form, you can edit the information that needs to be changed, and submit the campaign. 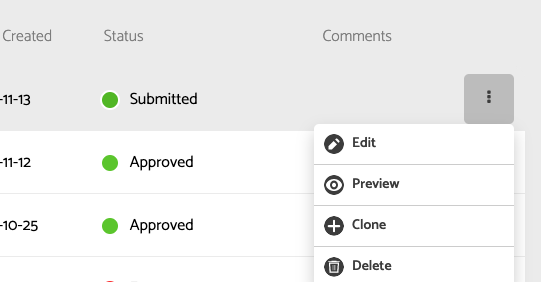 NOTE: Jeto will clone the previous campaign exactly as it is. You cannot clone a campaign but change the launcher it leverages (ie change the Marketo program template that is cloned). You will, however, be able to edit the layout of the assets if that feature is available in the launcher you originally used, even if you had updated the asset layout in your original campaign.