IMPORTANT: These changes impacts members of the Jeto API Beta program only. Please read carefully since these could introduce breaking changes for your integration.

Campaigns, Launcher and Groups pages as well as other widgets have all been updated to use "lazy loading" so that Jeto now incrementally retrieves results on these pages as the user scrolls down to view more results, which makes initial display of the pages faster. Our latest performance tests on the /campaigns page resulted in an 86% load time reduction...so we're talking wayyyyy faster!

An important security issue that was blocking beta testing has now been resolved. You may now safely resume testing the Jeto API.

Unify Drafts and Campaigns under a UUID (Universal Unique Identifier)

Here is why we did this: in Jeto, Campaigns and Campaign Drafts are 2 separate objects in our data model. Once a Draft is converted (Submitted) it creates a Campaign, and cannot go back to being a Draft anymore. Each objects where given a different ID which makes it complex to synchronize any 3rd party solution across the 2 objects. If you worked with Salesforce API before you are likely familiar with the high level of complexity that results from the Lead and Contact objects, which is a very similar situation here...but we won't make that mistake!

The unification of the UUID and Endpoints will save you the complexity of dealing with it separately. This unification includes:

Here is an example of the response you will now get when Creating a Campaign Draft via the API:

Jeto API design would now have been up to industry standards without the addition of paging, filtering and sorting. These features have been added In version 2.0.2 Beta and will help ease of use for clients and maintain performance over time. Here is how it works.

You can add filters, sorting and paging parameters directly in the query string based on Industry Standards. Here are some examples:

Learn more about query parameters in the Jeto API documentation

The Jeto Workato Connector (Beta) now supports the "Get Campaigns Details" Action. This helps retrieve all the info from any single campaign, including each campaign field and its corresponding value.

The Action Get Campaigns was updated to support Filter, Sort, Search and Paging. 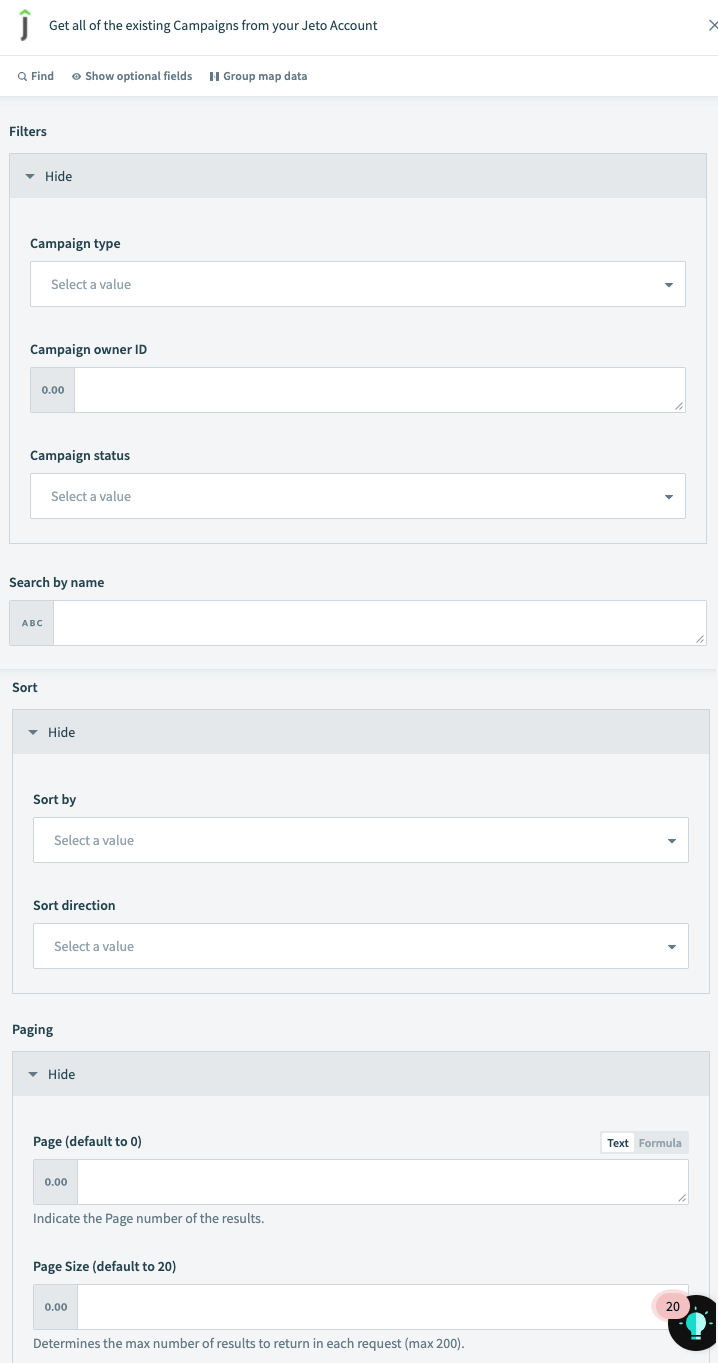