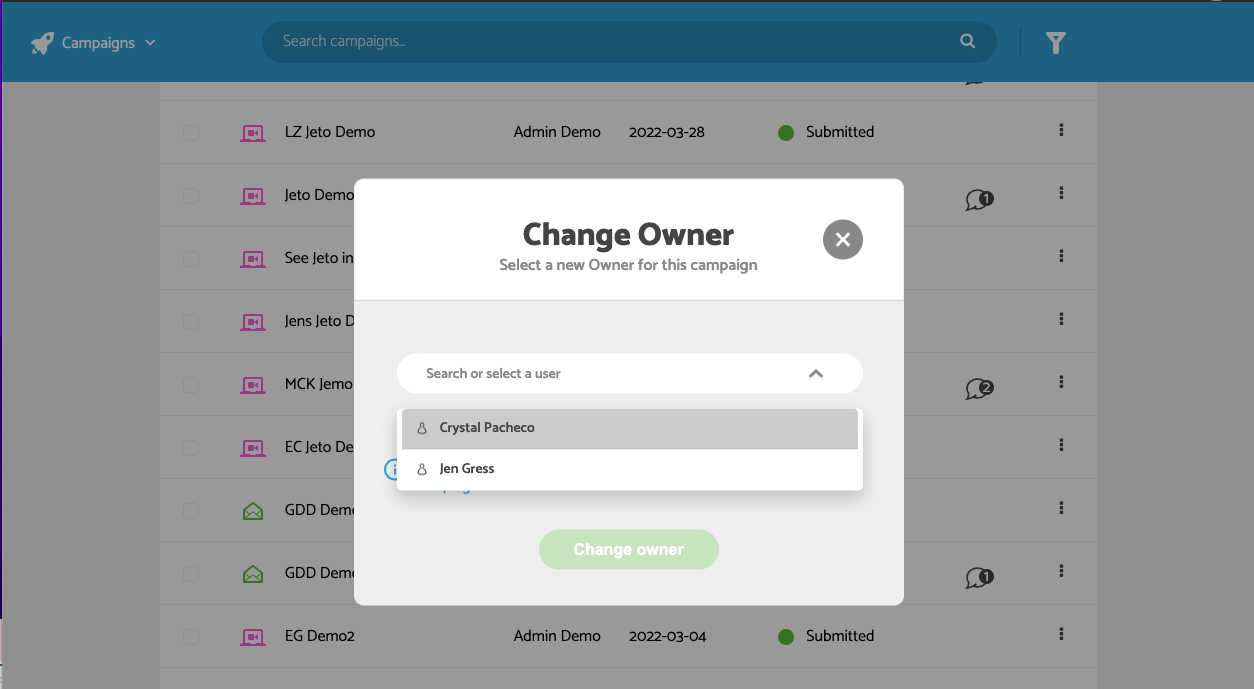 Administrators and Creators now have the ability to reassign campaigns to a different team member. This will allow continuity when a user is replaced, when someone starts a campaign but cannot complete the work him/herself or if a teammate has to leave for a short time and need someone else to cover their projects while they're out.

This new version includes the following improvements and fixes:

Other Jeto improvements and fixes