All Collections
Knowledge Base
Campaign Approval

Once it's activated for a Launcher (by an Administrator), new campaigns created from this Launcher will have the status "In Approval" and the members of your Approval Team will be notified by email.

Depending on the Role assigned to each user on Campaign Launchers - Viewer, Editor or Approver - team members will have the ability to collaborate by viewing, commenting or updating the Campaign.

Administrators, Creators (Owners of the campaign) and Approvers will have the authority to either Approve the Campaign or reject it by selecting Request Change(s) to send it back for review. Note that no specific steps/order is enforced for approval as the campaign will be considered as approved if any single user with approval permission approves it. 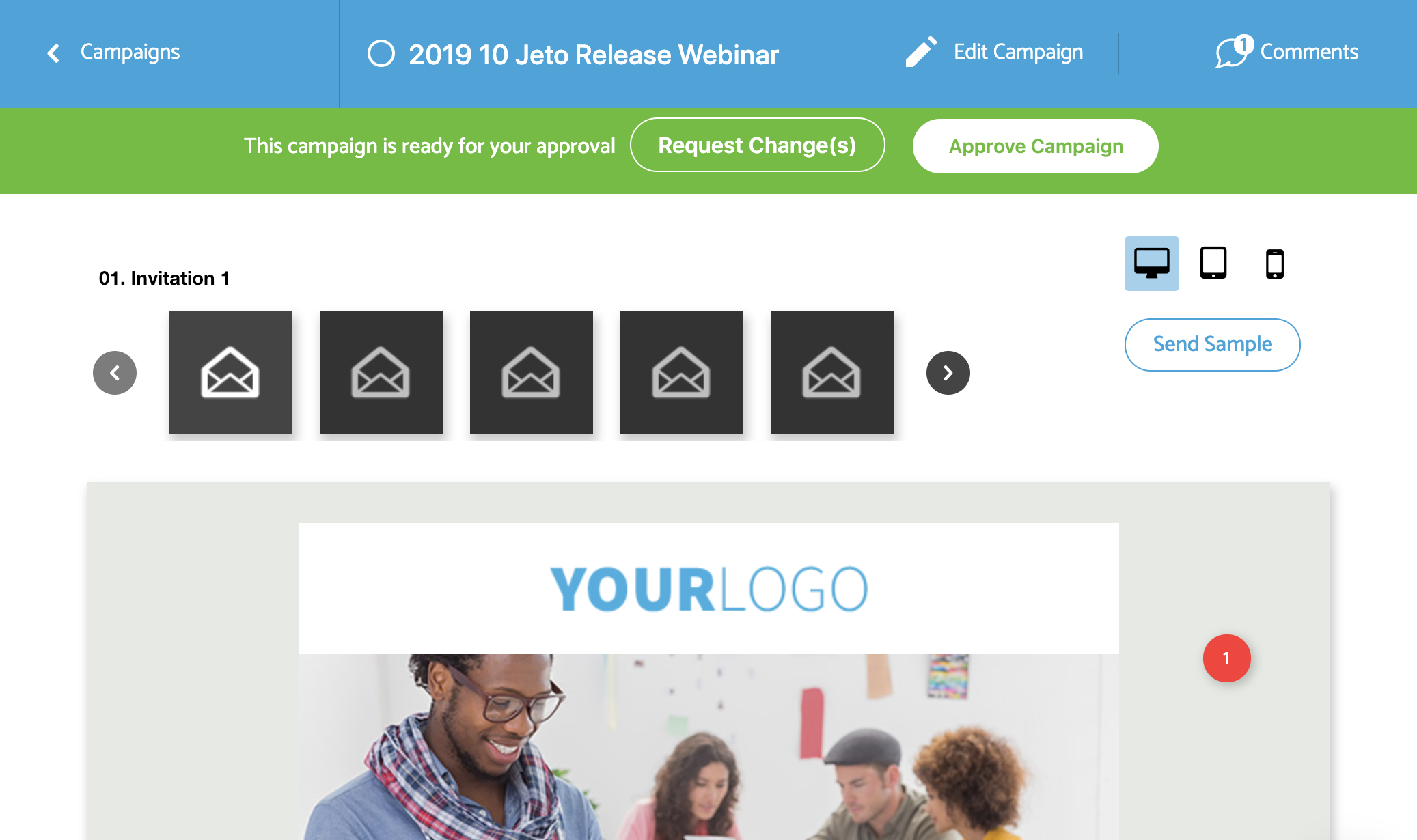 Campaign Approval is an optional feature. You can activate it and build your Approval Team at the Launcher level in either of two ways (and enforce it for all Campaigns created from this Launcher).

When Sharing Launcher, add any user with Viewer, Editor or Approver role and click Share and Activate Campaign Approval. 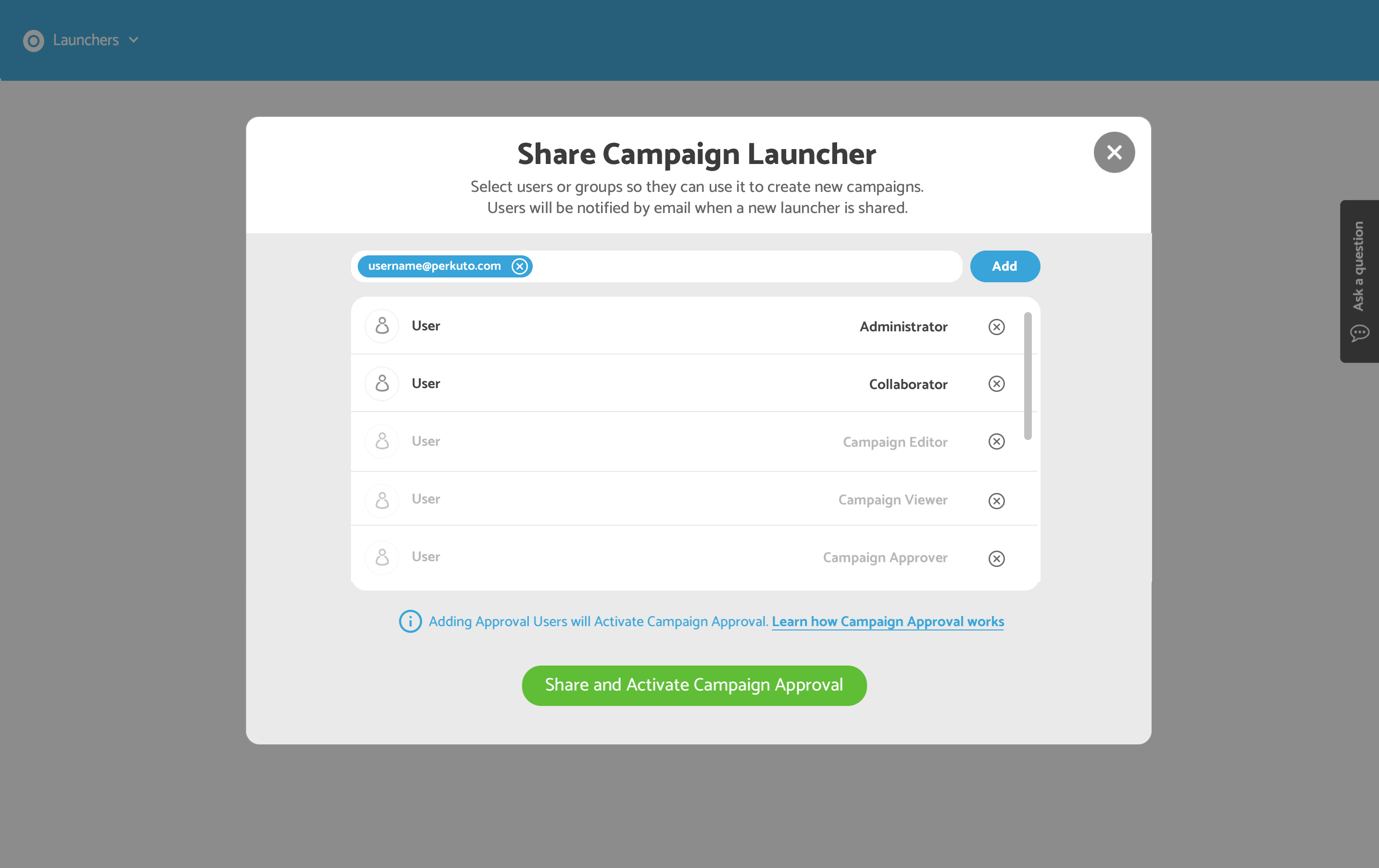 From Launcher Settings, navigate to Approval Team, then: 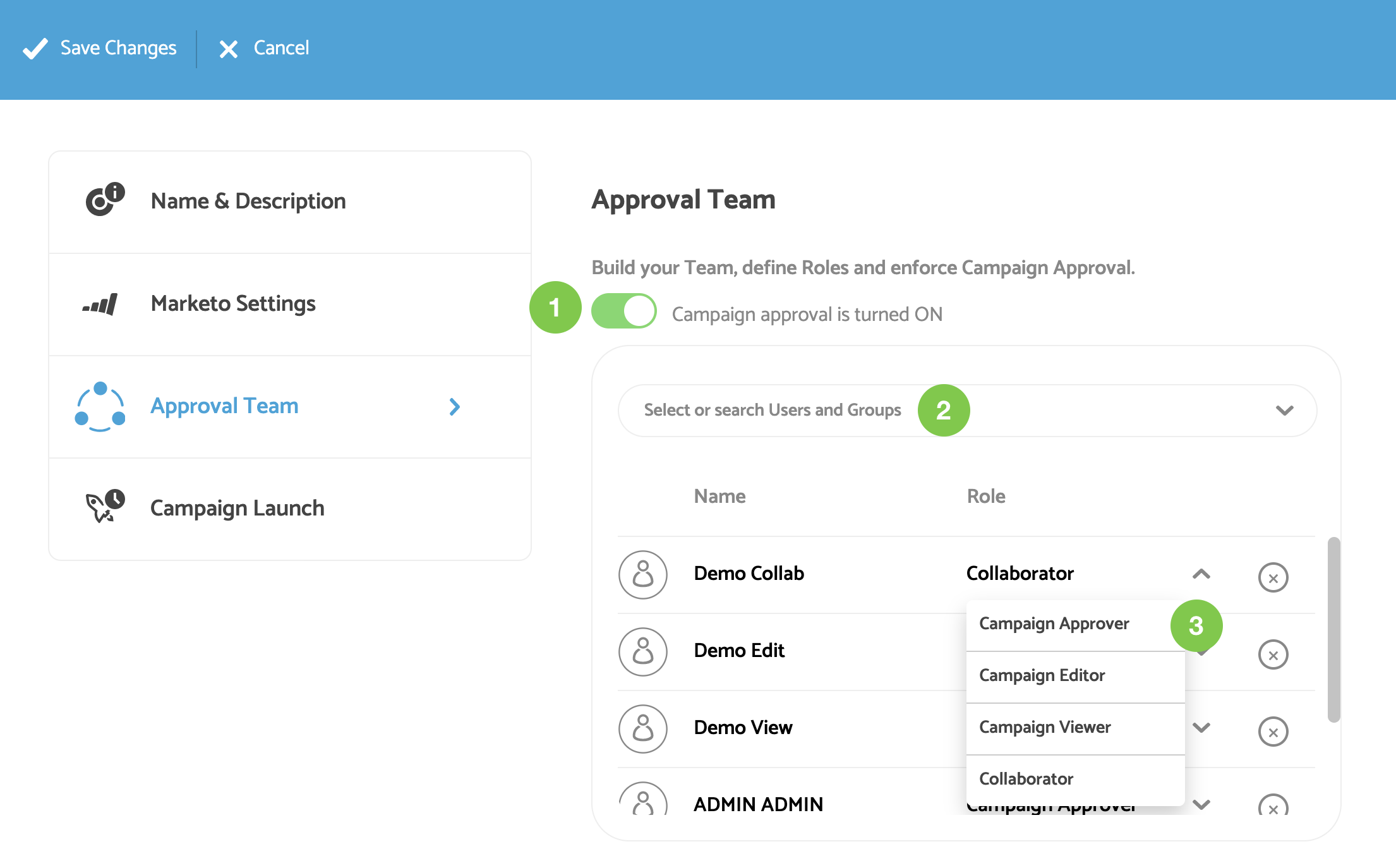 In addition to Administrator and Creator, you can chose from 3 Roles specifically designed to allow a more granular level of permissions during campaign approval.

Here are the Roles and their related campaign management permissions. Note that:

Learn How Roles and Permissions Works

With Campaign Approval turned on, after a campaign is submitted, your campaign status will take a different path to allow for a formal approval before it's ready to Launch. Jeto will start to track these 3 new status.

Here is an overview of the Campaign Lifecycle and related Status, with and without Campaign Approval feature activated.

For information on the email notifications for the approval team, you check out this article.