Integrate Jeto to your entire stack

With over 1000 pre-built connectors, the Jeto Workato Connector allows you to integrate Jeto and campaign data with your entire stack.

Here is what you will need to activate it for your account and start putting data together and start integrate your stack and automate your work even further.

You must be part of the Jeto API Beta program to access this Connector. See Jeto API Integrations (Beta) for details.

Once registered for the program our team will securely share your API user credentials. 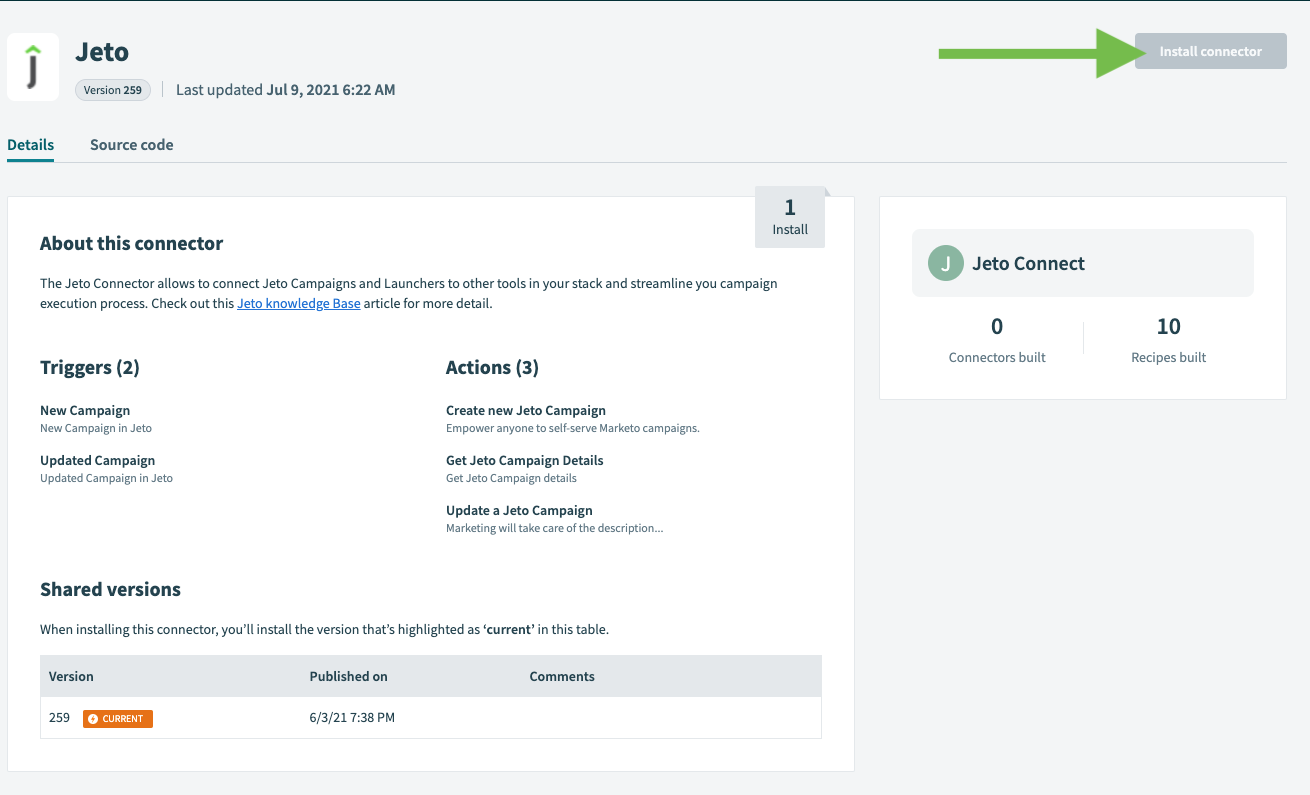 Add the connector to your recipes

Once installed, the Connector will become available from your recipe editor.

To create a Jeto Connection:

Use the connector in recipes

You can now build recipes using prebuilt triggers and actions. Here is what we've made available for you.

Get Campaign Details partial response on fast Create + Get consecutive transactions. If you create a campaign via the API and immediately request the related campaign details, you may receive only partial results due to the relative timing of the query.

Workaround: simply add a wait steps between these to actions, we recommend a minimal wait of 30 seconds.

Fix: We'll fix this issue by delaying our response until the object is fully created.